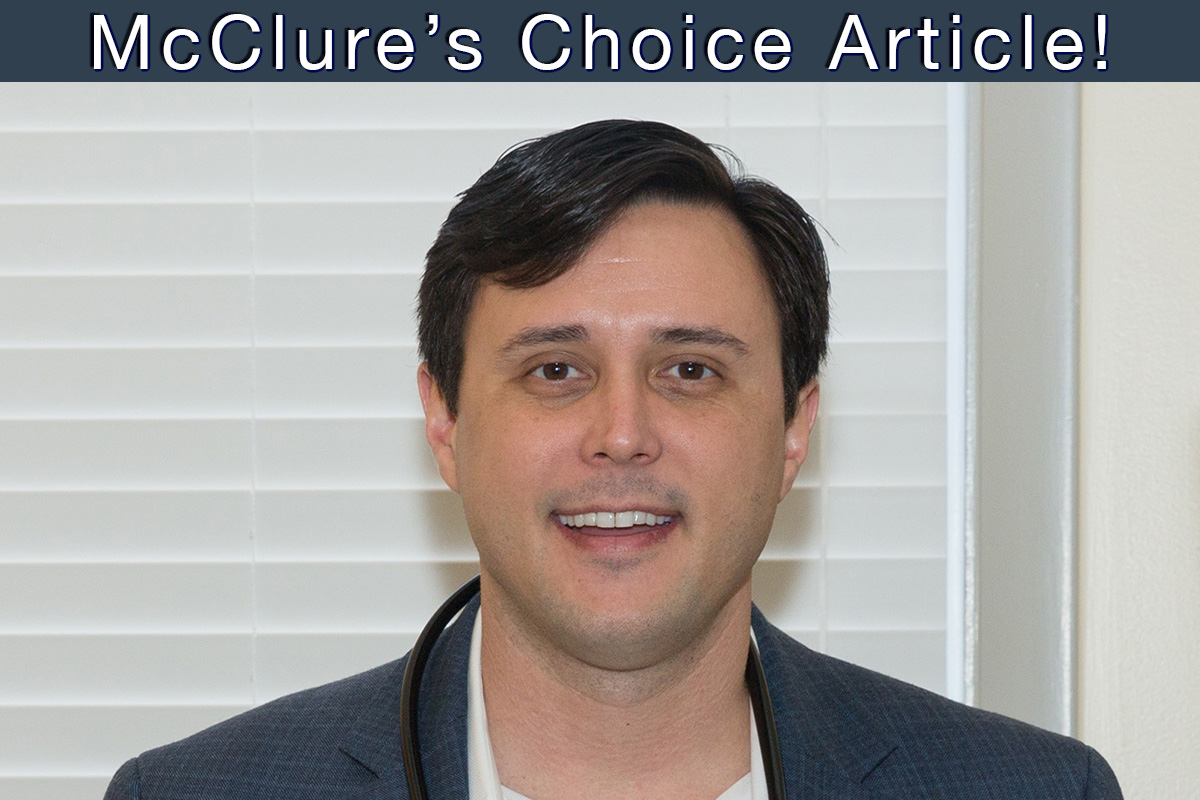 Check out this article about diabetes & exercise…..

Exercise is typically one of the first management strategies advised for patients newly diagnosed with type 2 diabetes. Together with diet and behavior modification, exercise is an essential component of all diabetes and obesity prevention and lifestyle intervention programs. Exercise training, whether aerobic or resistance training or a combination, facilitates improved glucose regulation. High-intensity interval training is also effective and has the added benefit of being very time-efficient. While the efficacy, scalability, and affordability of exercise for the prevention and management of type 2 diabetes are well established, sustainability of exercise recommendations for patients remains elusive.

Type 2 diabetes has emerged as a major public health and economic burden of the 21st century.

As these shocking numbers continue to increase, the cost of caring for patients with diabetes is placing enormous strain on the economies of the US and other countries. In order to manage and treat a disease on the scale of diabetes, the approaches need to be efficacious, sustainable, scalable, and affordable.

Of all the treatment options available, including multiple new medications and bariatric surgery (for patients who meet the criteria, discussed elsewhere in this supplement),3–5 exercise as part of a lifestyle approach6 is a strategy that meets the majority of these criteria.

The health benefits of exercise have a long and storied history.

Hippocrates, the father of scientific medicine, was the first physician on record to recognize the value of exercise for a patient with “consumption.”7

Today, exercise is recommended as one of the first management strategies for patients newly diagnosed with type 2 diabetes and, together with diet and behavior modification, is a central component of all type 2 diabetes and obesity prevention programs.

The evidence base for the efficacy, scalability, and affordability of exercise includes multiple large randomized controlled trials; and these data were used to create the recently updated exercise guidelines for the prevention and treatment of type 2 diabetes, published by the American Diabetes Association (ADA), American College of Sports Medicine (ACSM), and other national organizations.8–10

Herein, we highlight the literature surrounding the metabolic effects and clinical outcomes in patients with type 2 diabetes following exercise intervention, and point to future directions for translational research in the field of exercise and diabetes.

It is known that adults who maintain a physically active lifestyle can reduce their risk of developing impaired glucose tolerance, insulin resistance, and type 2 diabetes.8 It has also been established that low cardiovascular fitness is a strong and independent predictor of all-cause mortality in patients with type 2 diabetes.11,12 Indeed, patients with diabetes are 2 to 4 times more likely than healthy individuals to suffer from cardiovascular disease, due to the metabolic complexity and underlying comorbidities of type 2 diabetes including obesity, insulin resistance, dyslipidemia, hyperglycemia, and hypertension.13,14

Additionally, elevated hemoglobin A1c (HbA1c) levels are predictive of vascular complications in patients with diabetes, and regular exercise has been shown to reduce HbA1c levels, both alone and in conjunction with dietary intervention. In a meta-analysis of 9 randomized trials comprising 266 adults with type 2 diabetes, patients randomized to 20 weeks of regular exercise at 50% to 75% of their maximal aerobic capacity (VO2max) demonstrated marked improvements in HbA1c and cardiorespiratory fitness.11 Importantly, larger reductions in HbA1c were observed with more intense exercise, reflecting greater improvements in blood glucose control with increasing exercise intensity.

In addition to greater energy expenditure, which aids in reversing obesity-associated type 2 diabetes, exercise also boosts insulin action through short-term effects, mainly via insulin-independent glucose transport. For example, our laboratory and others have shown that as little as 7 days of vigorous aerobic exercise training in adults with type 2 diabetes results in improved glycemic control, without any effect on body weight.15,16 Specifically, we observed decreased fasting plasma insulin, a 45% increase in insulin-stimulated glucose disposal, and suppressed hepatic glucose production (HGP) during carefully controlled euglycemic hyperinsulinemic clamps.15

Although the metabolic benefits of exercise are striking, the effects are short-lived and begin to fade within 48 to 96 hours.17 Therefore, an ongoing exercise program is required to maintain the favorable metabolic milieu that can be derived through exercise.

The vast majority of the literature about the effects of exercise on glycemic parameters in type 2 diabetes has been centered on interventions involving aerobic exercise. Aerobic exercise consists of continuous, rhythmic movement of large muscle groups, such as in walking, jogging, and cycling.

-The most recent ADA guidelines state that individual sessions of aerobic activity should ideally last at least 30 minutes per day and be performed 3 to 7 days of the week
(Table 1).18
-Moderate to vigorous (65%–90% of maximum heart rate) aerobic exercise training improves VO2max and cardiac output, which are associated with substantially reduced cardiovascular and overall mortality risk in patients with type 2 diabetes.19Notably, aerobic exercise is a well-established way to improve HbA1c, and strong evidence exists with regard to the effects of aerobic activity on weight loss and the enhanced regulation of lipid and lipoprotein metabolism.8

Furthermore, because of the increased prevalence of type 2 diabetes with aging, coupled with age-related decline in muscle mass, known as sarcopenia,21 resistance training can provide additional health benefits in older adults.

Dunstan et al21 reported a threefold greater reduction in HbA1c in patients with type 2 diabetes ages 60 to 80 compared with nonexercising patients in a control group. They also noted an increase in lean body mass in the resistance-training group, while those in the nonexercising control group lost lean mass after 6 months. In a shorter, 8-week circuit weight training study performed by the same research group, patients with type 2 diabetes had improved glucose and insulin responses during an oral glucose tolerance test.22

These findings support the use of resistance training as part of a diabetes management plan.

In addition, key opinion leaders advocate that the resistance-training-induced increase in skeletal muscle mass and the associated reductions in HbA1c may indicate that skeletal muscle is a “sink” for glucose; thus, the improved glycemic control in response to resistance training may be at least in part the result of enhanced muscle glycogen storage.21,23

Based on increasing evidence supporting the role of resistance training in glycemic control, the ADA and ACSM recently updated their exercise guidelines for treatment and prevention of type 2 diabetes to include resistance training.9

The combination of aerobic and resistance training, as recommended by current ADA guidelines, may be the most effective exercise modality for controlling glucose and lipids in type 2 diabetes.

Balducci et al25demonstrated that combined aerobic and resistance training markedly improved HbA1c (from 8.31% ± 1.73 to 7.1% ± 1.16, P < .001) compared with the control group and globally improved risk factors for cardiovascular disease, supporting the notion that combined training for patients with type 2 diabetes may have additive benefits.

Of note, Snowling and Hopkins26 performed a head-to-head meta-analysis of 27 controlled trials on the metabolic effects of aerobic, resistance, and combination training in a total of 1,003 patients with diabetes. All 3 exercise modes provided favorable effects on HbA1c, fasting and postprandial glucose levels, insulin sensitivity, and fasting insulin levels, and the differences between exercise modalities were trivial.

In contrast, Schwingshackl and colleagues27 performed a systematic review of 14 randomized controlled trials for the same 3 exercise modalities in 915 adults with diabetes and reported that combined training produced a significantly greater reduction in HbA1c than aerobic or resistance training alone.

Future research is necessary to quantify the additive and synergistic clinical benefits of combined exercise compared with aerobic or resistance training regimens alone; however, evidence suggests that combination exercise may be the optimal strategy for managing diabetes.

High-intensity interval training (HIIT) has emerged as one of the fastest growing exercise programs in recent years. HIIT consists of 4 to 6 repeated, short (30-second) bouts of maximal effort interspersed with brief periods (30 to 60 seconds) of rest or active recovery. Exercise is typically performed on a stationary bike, and a single session lasts about 10 minutes.

HIIT increases skeletal muscle oxidative capacity, glycemic control, and insulin sensitivity in adults with type 2 diabetes.28,29 A recent meta-analysis that quantified the effects of HIIT programs on glucose regulation and insulin resistance reported superior effects for HIIT compared with aerobic training or no exercise as a control.28 Specifically, in 50 trials with interventions lasting at least 2 weeks, participants in HIIT groups had a 0.19% decrease in HbA1c and a 1.3-kg decrease in body weight compared with control groups.

Alternative high-intensity exercise programs have also emerged in recent years such as CrossFit, which we evaluated in a group of 12 patients with type 2 diabetes. Our proof-of-concept study found that a 6-week CrossFit program reduced body fat, diastolic blood pressure, lipids, and metabolic syndrome Z-score, and increased insulin sensitivity to glucose, basal fat oxidation, VO2max, and high-molecular-weight adiponectin.30 HIIT appears to be another effective way to improve metabolic health; and for patients with type 2 diabetes who can tolerate HIIT, it may be a time-efficient, alternative approach to continuous aerobic exercise.

Within 5 years of the discovery of insulin by Banting and Best in 1921, the first report of exercise-induced improvements in insulin action was published, though the specific cellular and molecular mechanisms that underpin these effects remain unknown.31

There is general agreement that the acute or short-term exercise effects are the result of insulin-dependent and insulin-independent mechanisms, while longer-term effects also involve “organ crosstalk,” such as from skeletal muscle to adipose tissue, the liver, and the pancreas, all of which mediate favorable systemic effects on HbA1c, blood glucose levels, blood pressure, and serum lipid profiles (Figure 1).

Of note, acute bouts of exercise can also temporarily enhance glucose uptake by the skeletal muscle up to fivefold via increased (insulin-independent) glucose transport.33 As this transient effect fades, it is replaced by increased insulin sensitivity, and over time, these 2 adaptations to exercise result in improvements in both the insulin responsiveness and insulin sensitivity of skeletal muscle.34

In this regard, aerobic training has been shown to increase skeletal muscle mitochondrial content and oxidative enzymes, resulting in dramatic improvements in glucose and fatty acid oxidation10 and increased expression of proteins involved in insulin signaling.37

It has been suggested that exercise may suppress cytokine production through reduced inflammatory cell infiltration and improved adipocyte function.41 Levels of the key pro-inflammatory marker C-reactive protein is markedly reduced by exercise,14,42 and normalization of adipokine signaling and related cytokine secretion has been validated for multiple exercise modalities.42