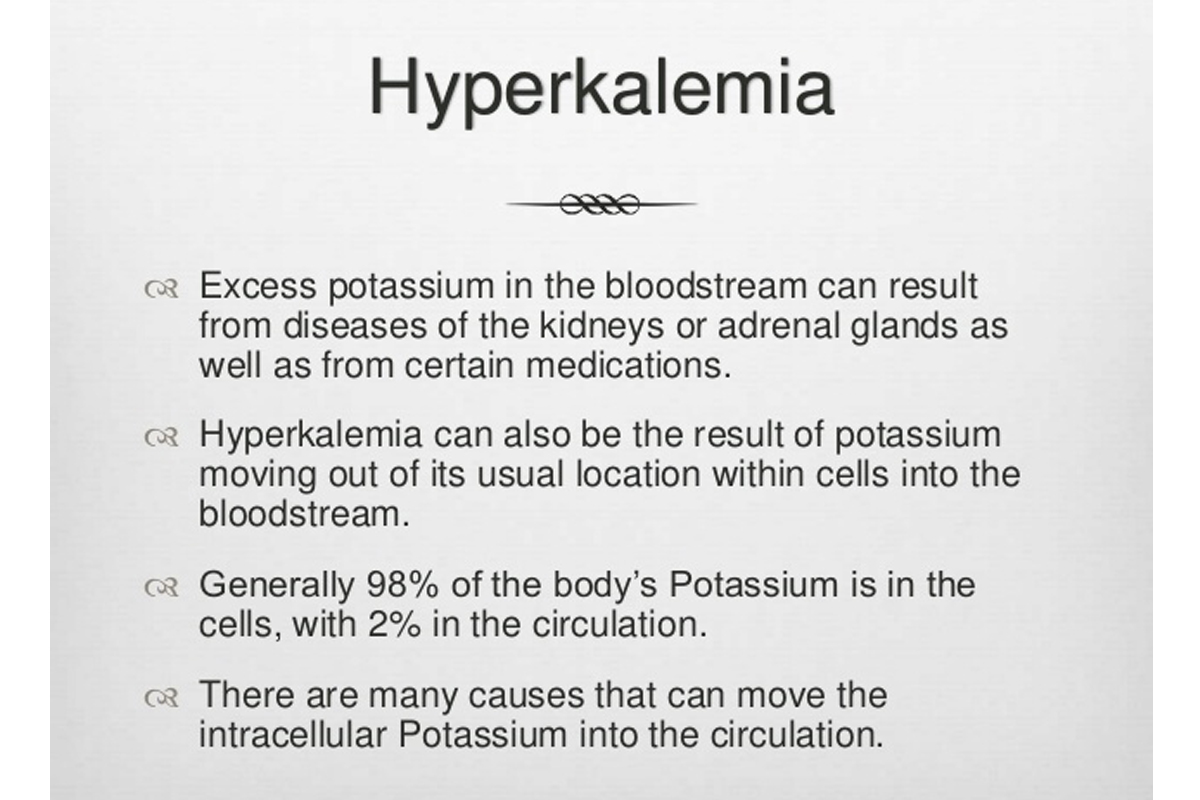 Check out this article about Treatment for Hyperkalemia or high potassium…..